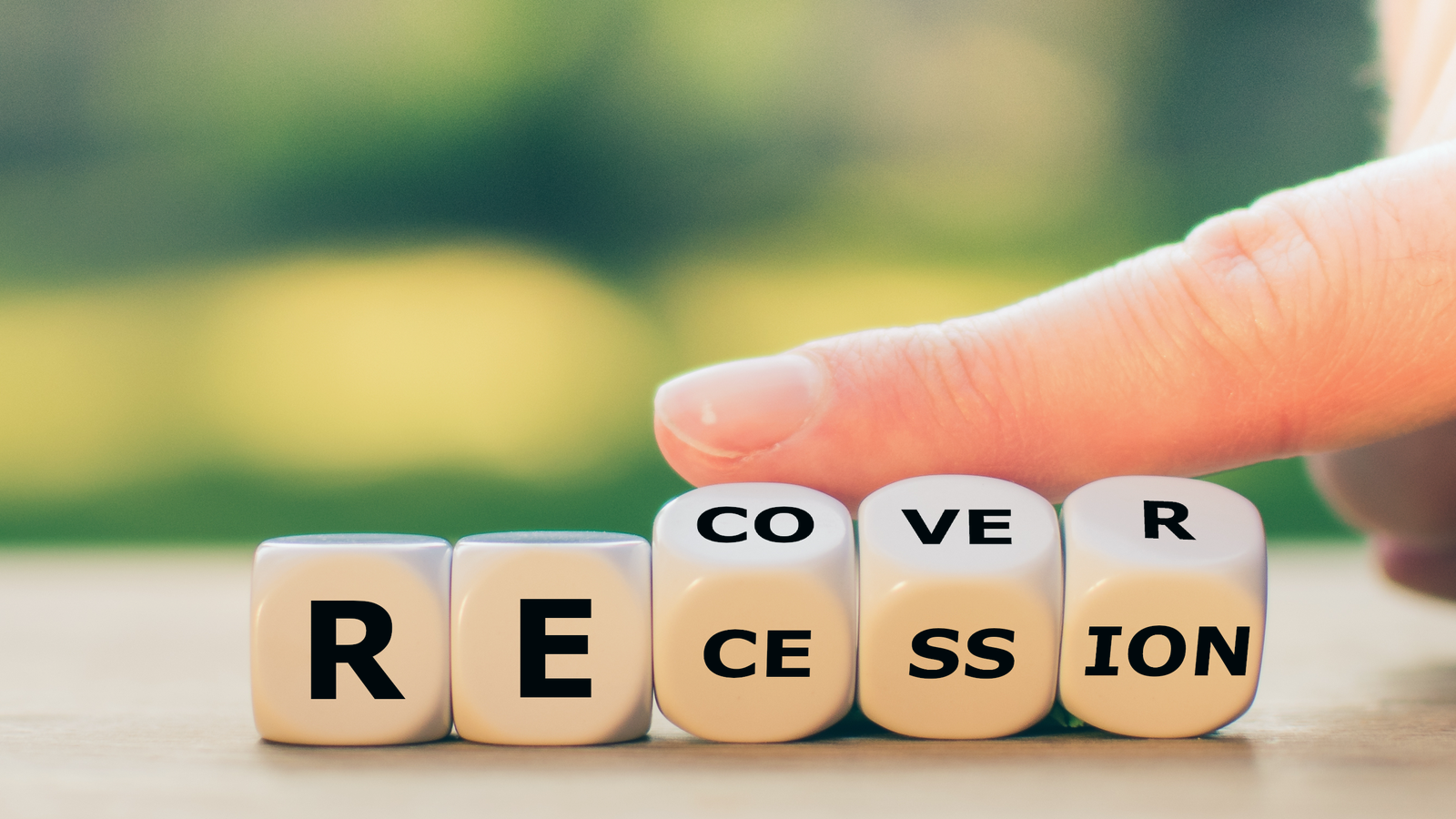 Do you want to know the worst stocks to buy in a recession? Read on, and I’ll give you seven names to avoid should we officially enter the fourth recession in the 2000s.

You could argue that we’re in a recession today.

However, the ultimate decision lies with the National Bureau of Economic Research, a group of eight economists who weigh several different numbers to determine if a recession has happened. Often, their determination comes after we’re already in one or, in some cases, already out.

So, determining which stocks you shouldn’t buy in a recession is a little bit like a cat chasing its tail; you probably aren’t going to be very successful.

A better solution is to avoid stocks that have poor financial statements in industries that typically don’t do well in recessions.

Here are seven of the worst stocks to buy in a recession. 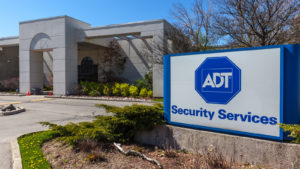 ADT (NYSE:ADT) went public in January 2018 at $14 a share. In the 4.5 years since, buyers of ADT’s IPO have lost 49% of their investment. In a recession, I imagine things can only get worse.

ADT provides security systems for commercial and residential customers. While I could see businesses willing to buy new systems in recessionary periods, only the wealthiest homeowners are likely to fork over money for this discretionary item.

Further, investors buy dividend aristocrats in challenging times because they’ve proven over 25 years or more that they can consistently increase their dividend payments. So in recessions, companies with a history of solid dividend growth make sense over those with high yields.

ADT’s dividend-paying history is anything but good.

At the end of March, ADT had long-term debt of $9.74 billion and just $17.4 million in cash and cash equivalents. While it’s got pretty good free cash flow — $1.48 billion in 2021 — that can get eaten up quickly if its customers stop paying for monitoring and new sales dry up.

Avoid ADT at all costs. 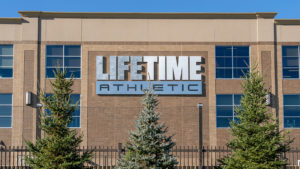 Life Time Group Holdings (NYSE:LTH) is an even newer public company than ADT. The fitness chain went public in October 2021 at $18 a share. If you bought shares in the IPO, you’re underwater by 20% in less than a year.

This isn’t Life Time’s first time as a public company. It was public for 11 years between June 2004 and June 2015, when founder Bahram Akradi took the company private with some other investors. The take-private deal valued Life Time at $4 billion.

Akradi rolled $125 million in equity into the new business. Despite a decline in its share price since its IPO, his 22.08 million shares are worth $343 million.

Here’s my problem with Life Time.

In the latest quarter, the company had net debt of $3.8 billion. In the final quarter of 2015 before it was taken private, its net debt was just $1.25 billion, while its revenues were almost identical.

A recession would be a death knell given the extra leverage. 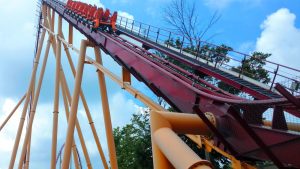 Cedar Fair (NYSE:FUN) is about as fun an investment as you can own in good times. After all, who wouldn’t want to own a bunch of amusement parks? In good times, they’re cash flow machines. Not so much when times are tough.

In two of the three recessions in the 2000s, FUN stock took major tumbles, losing more than two-thirds of its value. On both occasions, revenues dropped on lower park visits. In 2009, its revenues were $916 million, $80 million less than a year earlier. In 2020, thanks to Covid-19, revenues fell to $182 million from $1.5 billion a year earlier. It’s a wonder its stock didn’t fall further in 2020.

Interestingly, amusement parks are relatively recession-proof because they provide families with a day’s worth of cheap entertainment. However, during the Great Recession, Disney’s (NYSE:DIS) revenues were hit by fewer visits to its parks. In 2009, the company’s Parks and Resorts business saw revenues drop by 7% after growing by 8% in 2008. Its operating income that year dropped by 25%.

However, one caveat: Analysts currently like Cedar Fair. Of the 10 analysts covering FUN stock, nine rate it a buy while one has it as a hold. In addition, the median target price is $67, 58% higher than where it’s currently trading. 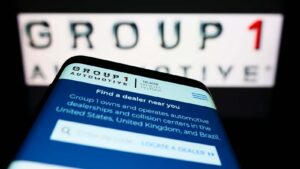 New car sales in May fell to 12.8 million annually, 11% lower than in April. That’s the lowest level of sales since December 2021.

However, the big saving grace for dealers is that the average transaction price remains at $48,000. As a result, a perfect storm could develop where the supply logjam gets unclogged just when consumers are not interested in spending on large purchases.

As Barron’s recently noted, we could be getting close while we’re not there just yet. If that happens, you don’t want to be holding anything automotive-related if you can help it. 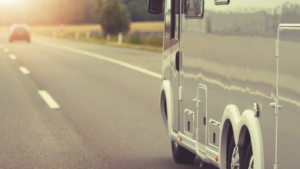 LCI Industries (NYSE:LCII) is the parent company of Lippert, a maker of automotive parts for recreational vehicle manufacturers and the aftermarket. In December 2016, Drew Industries changed its name to LCI Industries to reflect its Lipper Components brand.

Until booming gas prices dented the decade-long enthusiasm for RVs, companies such as LCI could do no wrong. However, RV dealers have now acknowledged sales aren’t going to be so hot in 2022. The latest survey says 40% believe volumes will drop in 2022 — businesses related to RVs have also taken it on the chin.

Don’t get me wrong. LCI is down only 16% YTD, in line with the S&P 500. It could be much worse. However, over the past five years, the index has outperformed LCI by 40 percentage points. If we’re entering a recession, investors can expect Lippert’s business to get worse before it gets better.

What’s interesting is that analysts don’t seem put off by the threat of a recession and what it will do for LCII stock. Of the six analysts covering the company, five it a buy, while the other analyst rates it overweight. The median target price is $146.50, 10% higher than where it’s currently trading.

From a valuation perspective, LCI Industries is cheaper than it’s been in years. It currently trades at 0.61x sales, 40% less than its five-year average. At the same time, however, it has a total debt of $1.5 billion, the highest in its history.

One wrong move, and the company could be facing financial distress. 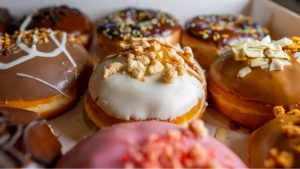 Krispy Kreme (NASDAQ:DNUT) returned to the public markets a little over a year ago.

It sold 29.4 million shares of its stock for $17 a share. Its pre-IPO marketing had a range of $21 to $24. When a stock prices below its pre-IPO range, you can generally be sure that the share price will fall on perceived weakness. DNUT is down 25% in the 13 months since its IPO.

I’d hate to be the person who bought in 2003 at the height of its popularity and held on to the bitter end.

The business is much less financially sound than five years after being taken private and public again.

Sugary donuts won’t be high on anyone’s grocery list in a recession. Stay away. 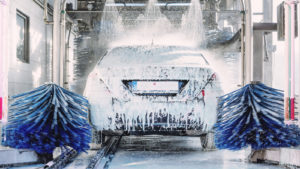 In the neighborhood where I grew up in Toronto, our dentist was also our car wash guy. He owned two car washes and the real estate below them. He made so much from the car washes that he walked away from his dental practice and never looked back.

A couple of things stand out as I look at the company’s Q1 2022 results.

First, goodwill accounts for 42% of its total assets. For example, in Q1 2022, it acquired 37 car washes for $525 million. Of that, goodwill accounted for 62% of the purchase price. Goodwill is the amount paid above the fair value of the assets purchased and liabilities assumed in an acquisition.

If some new technology suddenly displaces the car wash industry, the impairment charges it would incur would be tremendous. Consider that goodwill accounted for just 9% of Berkshire Hathaway’s (NYSE:BRK-A, NYSE:BRK-B) total assets in Q1 2022. And I’ve included $11 billion in accumulated goodwill impairments in that calculation.

The other thing that’s concerning is its level of debt. Including current long-term debt and current and long-term operating and finance lease liabilities, Mister Car Wash had total debt of $1.66 billion at the end of March, up from a little over $1 billion at the end of 2019. As interest rates increase, it’s going to get more challenging to obtain suitable financing.