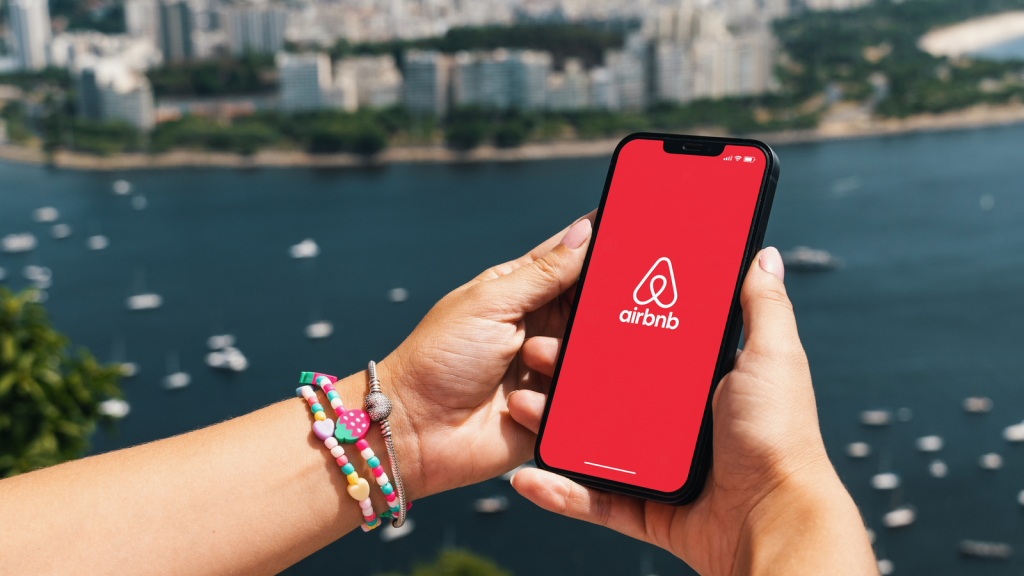 AirBnB (NASDAQ:ABNB) stock bounced 5% on July 4 and July 5 amid a general rally in tech stocks. It then opened on July 6 at about $95.29 per share.

Looking back, though, this isn’t the best place to be if you’ve been an investor of ABNB stock. That’s less than half its February 2021 high of almost $220 per share, not to mention its April high of $179 per share.

Moreover, ABNB stock certainly isn’t a bargain. With its market capitalization of $61 billion, you’re paying more than 10 times last year’s $6 billion in revenue to own it, and 70 times earnings.

Yet, there are still people pounding the table for ABNB stock. Even InvestorPlace’s Louis Navellier is bullish on ABNB stock. The company beat estimates for its first quarter earnings and predicted more of the same when it reports Q2 later this year.

So, is it time to get in on ABNB stock? Let’s dive in and find out.

When an old telephone switching center near me was approved for conversion to small apartments last year, I immediately began calling it an Airbnb. At first, construction progress was rapid. Over the last several months, though, progress has slowed considerably. In fact, as I write this, it’s still a window-less shell.

That’s because, if investors were interested in owning short-term rentals last year, they’re a lot less interested now. Mortgage rates have doubled on investment properties, and prices have topped out.

As real estate reality has hit, analysts have soured on Airbnb. Goldman Sachs (NYSE:GS) now has a price target of $95, almost exactly where it traded just last week. Even bulls have lowered their price targets. For example, co-founder Joe Gebbia recently sold 300,000 shares for $48.5 million.

Furthermore, there’s also the inevitable backlash for Airbnb. And more recently, Airbnb has permanently banned parties at its properties and says it suspended 6,600 accounts over it. Nonetheless, the bad headlines continue, and distrust is growing on both sides of every transaction.

Furthermore, Airbnb is also facing more competition, in the U.S. and around the world. This includes Booking.Com (NASDAQ:BKNG), which is still larger than ABNB by market cap. Additionally, Expedia (NASDAQ:EXPE) has been advertising its Vrbo unit aggressively and integrating it into its loyalty program.

Collectively, short-term rentals were hot in the last decade, as property owners found they could get more from a few weekend guests than from a full-year lease. The industry crashed in 2020 due to the novel coronavirus pandemic but rose again in 2021 with the work-from-home boom. The market was worth almost $75 billion last year but is now growing at just 5% per year.

Then, there’s the question of business models. Airbnb likes to claim their “hosts” are mostly homeowners seeking extra income. But most units are owned by investors and the hosts are mainly employees. Results for owners can vary widely by market.

Additionally, the latest trend is the quirky vacation rental. Airbnb has put $10 million into funding the craziest housing ideas it can find, and its recent ads are aimed at families. Could this be a catalyst for ABNB stock? Only time will tell.

Overall, Airbnb pioneered the short-term rental industry. But now that this industry is established, growth has slowed a bit for the firm.

As I discussed already, more competition is also weighing on Airbnb’s business. Also, public sentiment seems to be slightly fading. In fact, when Airbnb recently left the China market, owners and hosts yawned.

Thus, the argument for buying ABNB is growth, and it had growth in 2021. But it didn’t have profit. In fact, Airbnb has never had a profit.

There are a lot of tech stocks, real estate stocks and hospitality stocks you can buy that are profitable. You can also buy a growth stock in a hot market, but this is not a hot market. Therefore, why, would you buy ABNB stock right now?

On the date of publication, Dana Blankenhorn held no positions in companies mentioned in this article. The opinions expressed in this article are those of the writer, subject to the InvestorPlace.com Publishing Guidelines.

Carl Icahn Is Betting Against GME Stock. Why You Should Too.
Ouch! 3 Stocks That Suffered Under the Hands of New CEOs
7 Undervalued Biotech Stocks to Buy Before They Boom
7 Tech Stocks That Could Make Huge Moves in December
3 Penny Stocks You Can Count On in This Uncertain Market