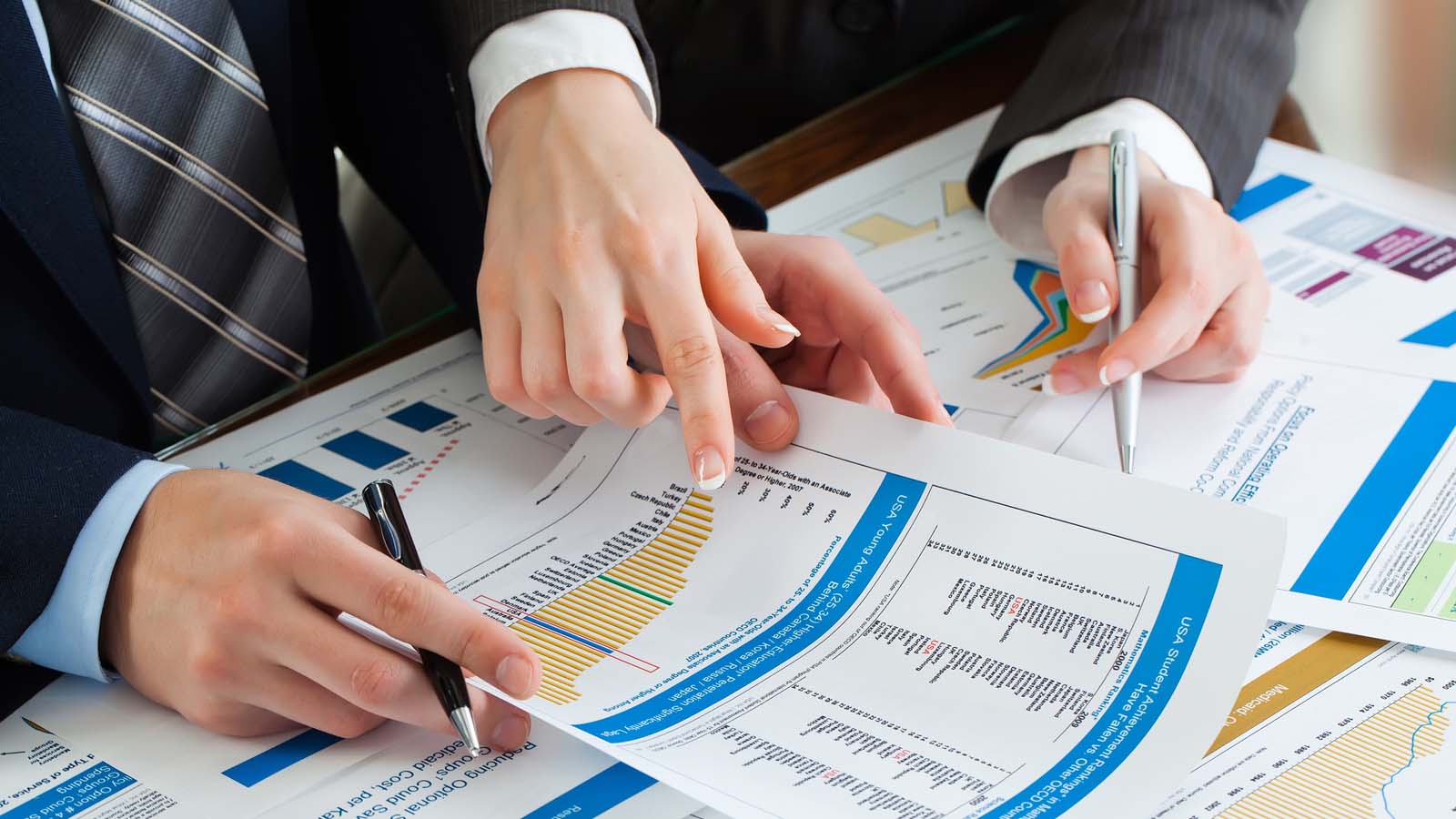 It’s big tech earnings reports week. Following U.S. banks and airlines, a number of leading, market moving technology companies report their first quarter results in the coming days, and the stakes are high for the tech companies, several of which have market capitalizations that exceed $1 trillion.

Year to date, the technology heavy Nasdaq stock exchange is down 17%, making it the worst performing of the major U.S. indices. The decline comes as rising interest rates and a potential recession lead investors to shy away from high growth technology stocks in favor of blue-chip securities that have pricing power and can respond in an inflationary environment.

Can strong earnings prints reverse the downward trend and put technology stocks back in the good graces of investors, or will poor showing lead to devastating selloffs such as the one witnessed by Netflix (NASDAQ:NFLX) over the past week? We’ll find out when the following tech stocks report earnings next week.

The week kicks off with first quarter results from Microsoft (NASDAQ:MSFT). The Seattle-based company’s stock has struggled so far in 2022 along with the broader tech sector. Shares of MSFT are down 18% year to date at around $280 a share. The downturn comes as the company works to conclude its $68.7 billion acquisition of video game maker Activision Blizzard (NASDAQ:ATVI), one of the biggest deals in the company’s 47-year history.

Beyond the Activision Blizzard purchase, which will bolster Microsoft’s Xbox video game unit, the company has been focused on securing its lead in cloud computing with its Azure offering and increasing sales of its core Office 365 software product. The company has also been grappling with global supply chain constraints that have impacted its business, notably its Xbox video game console, and managing employees who continue to work remotely or in an office-work hybrid model.

MSFT stock was recently singled out by analysts at investment bank Goldman Sachs as a tech stock worth owning. Wall Street expects Microsoft to report earnings per share (EPS) of $2.18 on revenues of $49 billion when it announces first quarter results on April 26.

Also reporting Q1 financials on April 26 is Google parent company Alphabet (NASDAQ:GOOG, NASDAQ:GOOGL). After announcing a 20-for-1 stock split during its previous quarterly results, investors might assume that GOOGL stock would be on an upswing. But not so. Year to date, Alphabet’s share price is down 12% to $2,557.16.

The decline is a bit curious as Alphabet has continued to report better-than-expected earnings. The Mountain View, California-based company’s 2021 operating profit totaled $78.7 billion. Full-year revenue was $257.6 billion, up 41% from 2020.

Alphabet continues to shovel money into new ventures aimed at diversifying its business that remain heavily dependent on its Google search engine and online advertisements. The company is reportedly developing a digital payments system and new smart home devices. Alphabet also has a laser focus on Google Cloud, which is currently the number three cloud provider after Microsoft’s Azure and Amazon Web Services (AWS). For the first quarter, analysts are calling for Alphabet to report EPS of $26.11 on revenue of $68 billion.

Shareholders of Facebook parent company Meta Platforms (NASDAQ:FB) will have their fingers crossed that the company’s first quarter results improve on the disastrous fourth quarter print. After its last earnings missed Wall Street expectations by a wide margin, FB stock immediately fell 26%, erasing $232 billion of market capitalization and making it the biggest one-day drop in value in the history of the stock market. Ouch! Things can’t get any worse, right?

Year to date, FB stock is down 45% at $194.98 per share. However, analysts are in agreement that Meta Platforms is extremely cheap at its current valuation. The company’s price-to-earnings (P/E) ratio of 13 is among the lowest of any major technology company and makes Meta Platforms stock cheaper to own than either Starbucks (NASDAQ:SBUX) or McDonald’s (NYSE:MCD). For this reason, a growing number of analysts are placing “buy” recommendations of Meta Platforms stock despite its recent selloff.

Among 47 professional analysts who cover Meta Platforms stock, the median price target is $314.95, implying 70% upside. Will those price targets get revised after the company reports Q1 results on April 27? Wall Street is expecting Meta Platforms to report EPS of $2.56 on revenues of $28 billion. 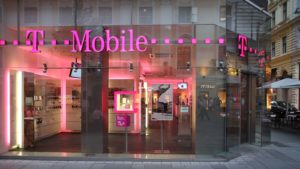 Now for a technology stock that has actually been outperforming this year. Shares of wireless network operator T-Mobile (NASDAQ:TMUS) are up 10% year-to-date at $130.47, outperforming its peers and the broader technology sector. The rise is primarily due to T-Mobile’s leading position in the 5G wireless network market, as well as exceptionally strong subscriber growth. At the end of 2021, T-Mobile’s 5G network covered 310 million people, the most of any 5G wireless provider in the U.S.

Heading into next week’s print, T-Mobile provided strong forward guidance, saying it expects to add 5 million to 5.5 million new customers this year, well ahead of Wall Street expectations. T-Mobile’s 5G network coverage and subscriber additions trounce its main rivals, Verizon (NYSE:VZ) and AT&T (NYSE:T). Plus, T-Mobile is now finalizing the integration of Sprint, which it acquired in 2020. Sprint’s 5G technology has enabled T-Mobile to immediately enter the market for wireless broadband service, something its competitors can’t do.

Analysts have forecast that T-Mobile will report EPS of 32 cents on revenues of $20 billion when it reports earnings on April 27.

Markets tend to move every time consumer electronics giant Apple (NASDAQ:AAPL) reports its quarterly results, and next week is likely to be no exception. As is customary, Apple has already unveiled this year a raft of product upgrades, including the first low-cost iPhone SE that has 5G capability, a new iPad Air and an updated Mac laptop computer that is powered by chips made in house at Cupertino, California-based Apple. These products have generated the usual buzz among analysts, investors and consumers.

Apple is also experimenting with a hardware subscription service for its iPhones that the company says could launch by the end of this year. The service would allow customers to buy an iPhone through monthly payments, similar to how users subscribe to iCloud. Selling its iPhones and other electronic devices through a subscription model could boost recurring revenue at Apple, something analysts encourage.

E-commerce giant Amazon (NASDAQ:AMZN) continues to make headlines for a number of reasons, notably its plan to execute a 20-for-1 stock split and buy back $10 billion of its own stock. However, the Seattle-based company also continues to take market share wherever it can. The latest example is Amazon’s plan to allow other online merchants use its Prime service to deliver goods to their customers around the world. The “Buy with Prime” service lets third-party merchants use Amazon’s shipping and logistics network to fulfill orders on their own websites.

Amazon appears to want to directly compete against major shippers such as UPS (NYSE:UPS) and FedEx (NYSE:FDX), as well as postal services. Amazon has said that it is on track to become the largest delivery service in America by the end of this year. Despite the stock split and continued diversification of its business, AMZN stock has fallen in recent months, down 13% on the year to just under $3,000 per share. For the first quarter, analysts expect Amazon to report EPS of $8.13 on revenues of $116 billion. Amazon reports its earnings on April 28.

Lastly next week we’ll hear from Intel (NASDAQ:INTC). The Santa Clara, California-based company remains the largest semiconductor chip manufacturer in the world despite growing competition. Intel has been fending off its competition with a series of moves designed to help the company remain a leader in the lucrative and fast growing semiconductor market. In March, the company announced that it will invest $86 billion over the next decade to improve its presence in Europe, including building two new chip factories in Germany.

Also, Intel announced that it is buying Israeli chipmaker Tower Semiconductor (NASDAQ:TSEM) for $5.4 billion. The deal will give Intel access to more specialized semiconductor production and better position it to take advantage of soaring demand for microchips. And Intel says it is developing a new chip designed to mine cryptocurrencies that the company says will be “the most energy-efficient computing technology available at scale.” This news was greeted enthusiastically by cryptocurrency bulls.

Year to date, INTC stock is down 9% at $47.45 per share. Analysts are looking for Intel to report EPS of 80 cents on revenues of $18 billion when it announces Q1 results April 28.

On the date of publication, Joel Baglole held long positions in MSFT, GOOGL and AAPL. The opinions expressed in this article are those of the writer, subject to the InvestorPlace.com Publishing Guidelines.

Joel Baglole has been a business journalist for 20 years. He spent five years as a staff reporter at The Wall Street Journal, and has also written for The Washington Post and Toronto Star newspapers, as well as financial websites such as The Motley Fool and Investopedia.

AMD Stock Is a Buy Before Quarterly Results
7 Warren Buffett Stocks to Buy for a Bear Market
6 Dividend Stocks That Can Afford to Pay Their High Yields
Warner Bros. Discovery Stock Isn’t So Cheap Given Its Debt
3 Undervalued Dividend Stocks for Long-Term Returns