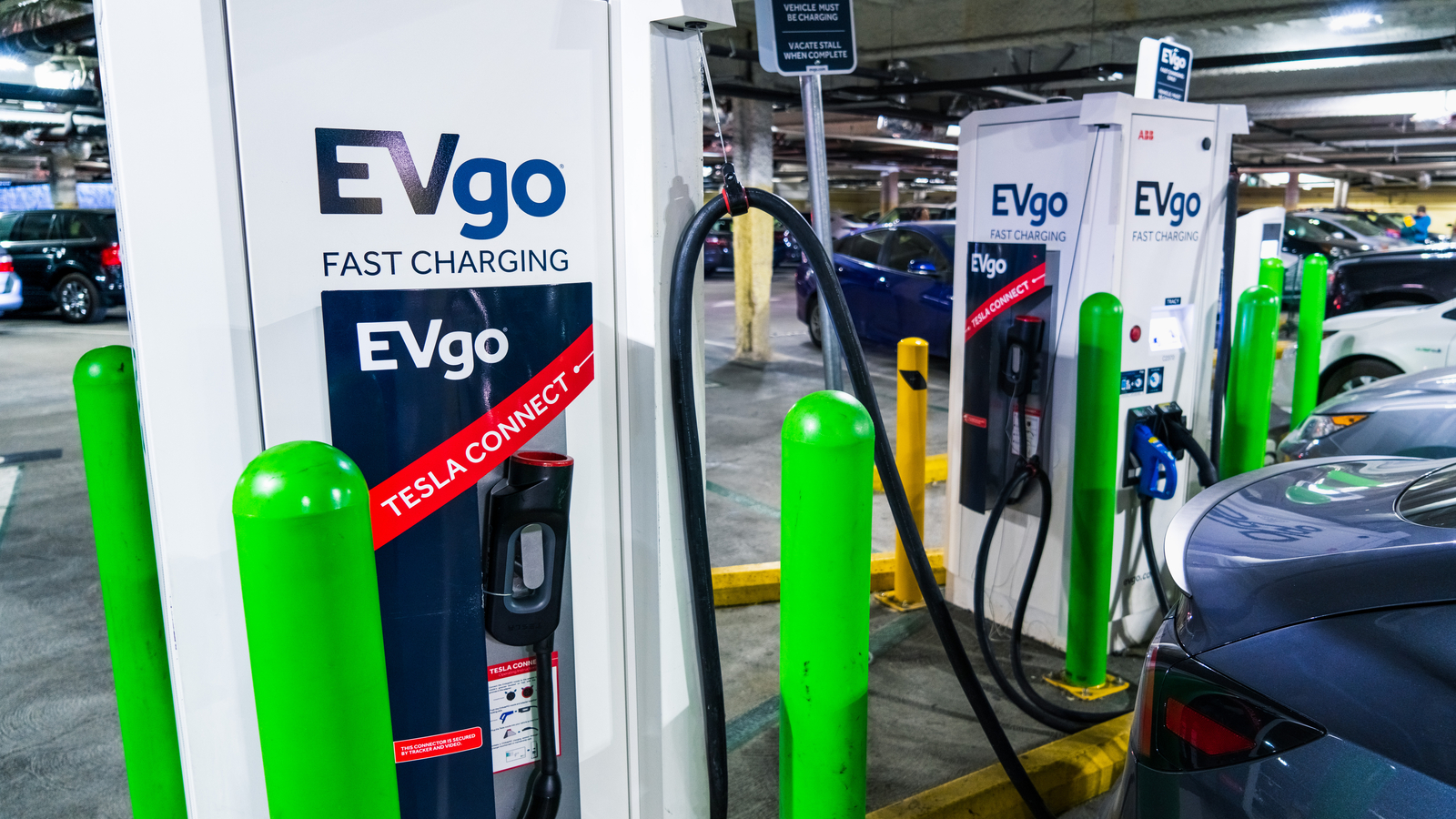 Over the past two months, shares of EVgo (NASDAQ:EVGO) stock have been on a tear. Since February, EVGO stock has zoomed from as low as $7 per share, back up to its current price of around $12.50 per share. After its incredible run, though, will it soon run low on battery power?

In my opinion, the battery life of EVGO stock is one for the long haul. While it has leveled out a bit recently, there now is, even more, to suggest this EV charging company will end up a leader in this space.

For example, after already locking down several key partnerships, it’s recently made yet another such deal. However, that’s not all. A recent bullish analyst rating highlights a bit of data that signals high profitability ahead.

Of course, this early-stage company still has a lot to prove. Also, much of its potential has already been factored into its stock price. But, if you’re bullish on the rise of EVs, It’s not too late to buy EVGO stock.

In past coverage of EVgo, I’ve gone through the many partnership deals this provider of EV charging stations has entered. These include deals with traditional automakers and fleet owners. Moreover, the company has also entered deals with brick-and-mortar businesses, to operate its machine at their sites.

Speaking of which, the company has recently inked such a deal, with a well-known retail bank. As InvestorPlace.com William White reported on April 8, EVgo will set up charging stations at 50 of this bank’s retail locations. That may sound like a lot, especially as this operator of DC Fast Charging (DCFC) stations already has 850 in operation.

Yet, little by little, this EV infrastructure provider is establishing itself as a leading name in this space. And as it continues to ink these types of deals, the company becomes increasingly more likely to hit its long-term revenue projections.

Now, the question is whether it can hit high margins when it fully scales up. We won’t know for certain until a few years out. That said, though, we do have some data that may indicate hitting high margins will not be a problem.

What The Recent Analyst Rating Tells Us

The expectation of EVgo becoming a multi-billion dollar is what enables EVGO stock to support its current valuation of a $3.3 billion market capitalization. But eventually, it’ll also need to generate the earnings necessary to sustain it (and grow it).

Right now, as high-growth, no-earnings companies fall out of favor, I can see why you may be hesitant to dive into such a name. Many companies that went public the special purpose acquisition company (SPAC) route like this one touted high margins within a few years’ time. That said, only time will tell whether these projections play out.

In EVgo’s case, however, we may have some indication that, at scale, it will be a business with high operating margins. How so? In a “Buy” rating on the stock from Evercore ISI’s James West, the sell-side analyst noted something that hints at this company’s future profitability. Company-wide, it’s still operating in the red. Yet, in a market where it already has hundreds of chargers in operation in San Francisco, it’s generating serious positive cash flow.

Per West’s numbers, EVgo’s San Francisco operations are operating at a 43.3% cash flow margin. And similar trends are playing out in other markets, including Los Angeles, Phoenix, Arizona and Portland, Oregon.

The Verdict on EVGO Stock

Overall, recent news further bolsters the bull case for EVgo. Expanding its presence through partnership deals, it’s becoming more and more likely to live up to past revenue expectations.

More importantly, based on the cash flow figures from its San Francisco operations, there’s now substance to past claims that, in time, it will become a high-margin business. Again, following its big run-up, a lot of this is already factored into its stock price.

In the near term, shares could continue to drift back a little. An unexpected bit of bad news could temporarily cause a move back to single-digits. So too, could profit-taking by traders who got in near its low.

Having said that, if you’re bullish on the rise of EVs, it’s not too late to buy EVGO stock. And if it continues to perform and deliver as it has lately, expect shares to maintain a full charge.

EVGO stock earns a “B” rating in my Portfolio Grader.

Louis Navellier, who has been called “one of the most important money managers of our time,” has broken the silence in this shocking “tell all” video… exposing one of the most shocking events in our country’s history… and the one move every American needs to make today.