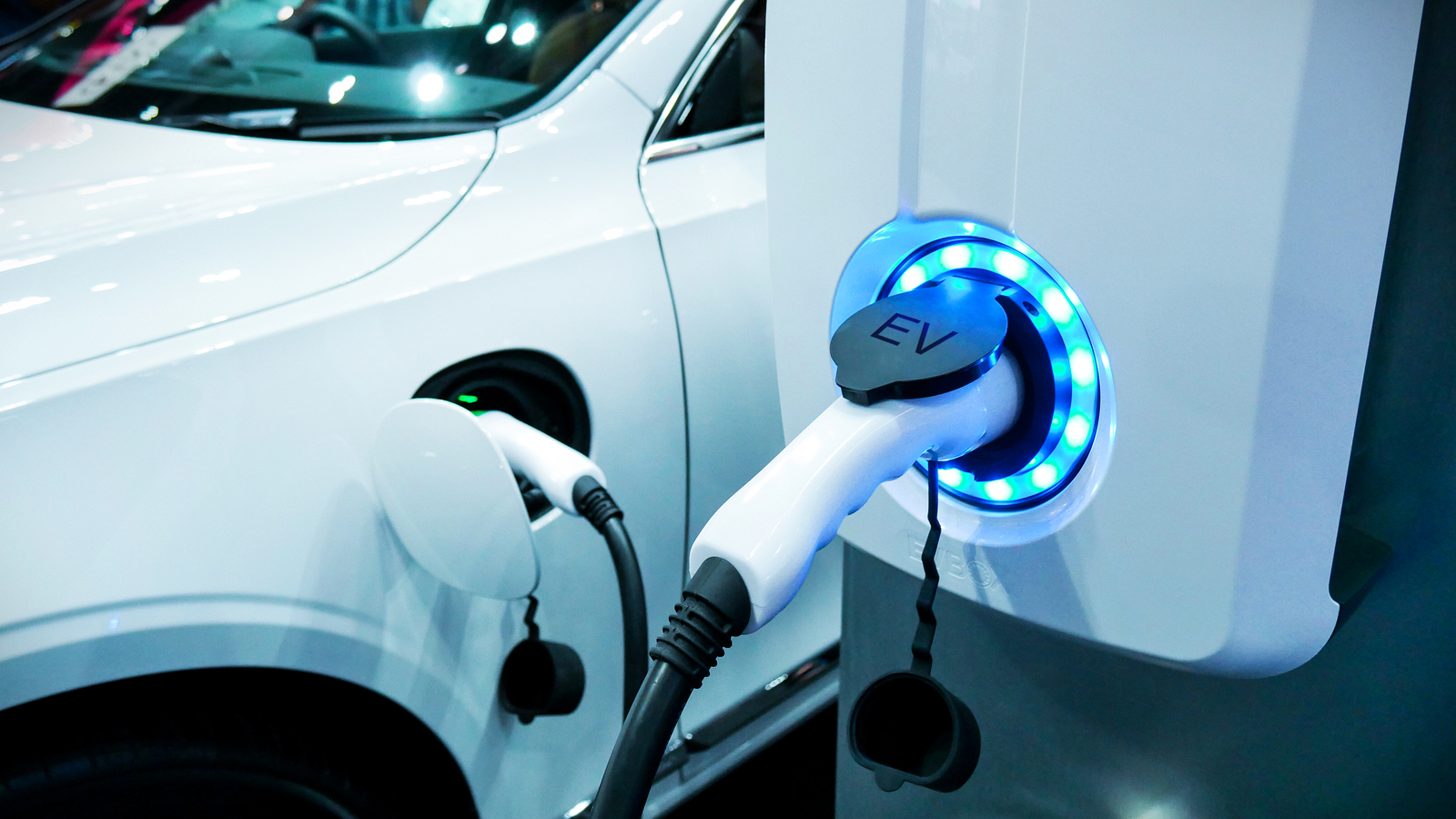 Editor’s Note: This article is part of Joanna’s Top Trades — a weekly feature dedicated toward making you money within a specific space. Joanna’s picks for this week are Autoliv (NYSE:ALV) and Romeo Power (NYSE:RMO) as the top electric vehicle (EV) supplier stocks to trade this week.

I’m a green investor — from cars, to crypto, fuel cells and even cannabis. But want to know the real reason I’m crushing on Electric Vehicle (EV) stocks lately? It’s not the cool designs (especially if we’re talking about the panel gaps on the Lucid Air, which are way too wide).

Mostly, EV stocks are the place to be right now because they’re the best fast-money trades. Metaphorically speaking, trading in the EV sector is the equivalent of big game hunting: aiming for a slow moving target at long range. 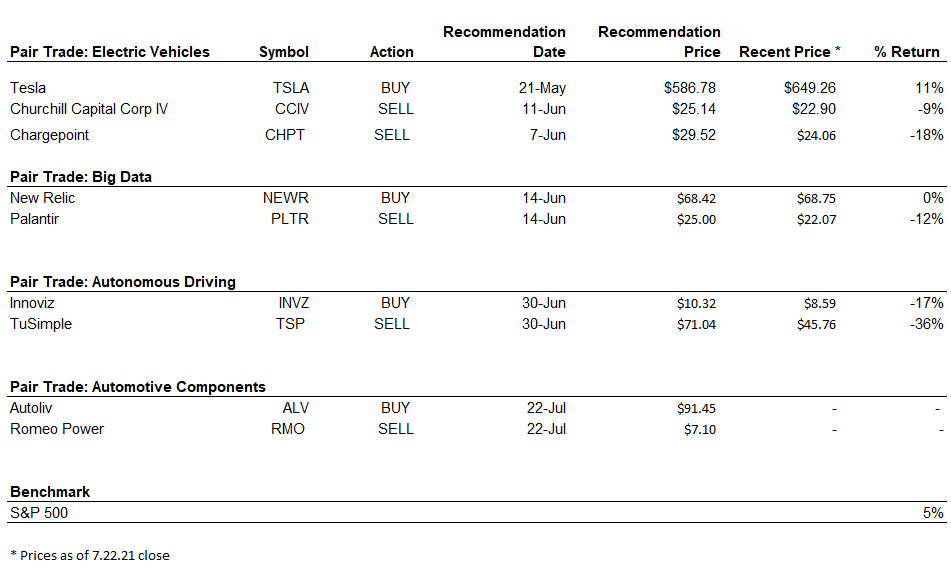 From the OEMs, to the charging and battery technologies, to subsystems like lidar (light detection and ranging) and artificial intelligence (AI), the EV sector has three properties that make it ideal for long/short trading:

In the near term, informed investors can trade around retail-driven momentum, and profit. But there’s also a good long-term investment opportunity in this space — solid, long-term businesses with earnings and revenue growth. Understanding these characteristics (and separating the story from the stock) is the starting point for more informed long/short trades. Here’s a start.

Today, I’ll dive into the EV suppliers — the “parts” companies that comprise a less-trafficked segment of the EV ecosystem. First, I’ll explain why you should buy Autoliv (NYSE:ALV) stock. After, I’ll take an even deeper dive into one of the automotive component stocks you really should consider selling now.

A good house on a bad street

With a market cap of just under $8 billion, Autoliv, headquartered in Stockholm, Sweden, specializes in automotive passive safety components — airbag protection systems, seatbelts and steering wheel products. In 2018, ALV spun off its growthier electronics segment, Veoneer (NYSE:VNE), which makes active safety systems (e.g., lasers, cameras and artificial intelligence for autonomous driving). Autoliv consolidated its market share after a massive product recall at Japanese airbag manufacturer Takata, which was forced in 2015 to recall millions of cars worldwide. Despite the share gains, however, the car industry has slumped (softening consumer demand, trade and tariff issues, and the rise in EVs), with a 2-3% decline in global light vehicle production expected this year.

Chip issues are a near-term disruption, but this too shall pass

More recently, Autoliv has been negatively impacted by semiconductor chip shortages, which have been even more disruptive for component suppliers than OEMs. As a result, Autoliv’s stock has suffered from rising raw material costs, which have pressured revenues and earnings. Not surprisingly, the company reported a weak Q2 (June) quarter and lowered full-year guidance. F2021 sales forecast calls for 20-22% year-over-year growth (versus prior guide of 23%).

Autoliv isn’t out of the woods yet. But, the important thing for investors to focus on is that all of this is temporary. The overall chip shortage picture is improving. Even if Autoliv experiences some cost disruption into Q3, there’s evidence to suggest that the turning point is coming sometime in the second half of this year. Meanwhile, this is a fundamentally sound business with real earnings power.

ALV shares have pulled back since the company’s earnings report, and currently trade at a very reasonable 7.5x EBITDA. That’s in line with their five-year historical average. From a valuation perspective, the stock is a great way to play the global auto recovery. It’s also a derivative play on Tesla (NASDAQ:TSLA), which is a significant customer (and growing). What’s more, unlike other EV stocks, which are priced for perfection, a lackluster quarter is already “baked in” here. That makes now an an excellent entry point ahead of its improving supply chain over the next few months.

From a technology and addressable market perspective, there’s a lot to like about Romeo. The company claims its flagship model Hermes Li-ion has the highest energy density in the market, at least 30% higher than competitors. If its legit, it’s a big deal: that implies longer transport range and better acceleration than its competitors.

Remember the No. 2 characteristic of EV stocks I talked about earlier — predictable narrative?

Well, the EV battery space promises hockey-stick growth. The addressable market for electrification of commercial vehicles is estimated at approximately $665 billion. Various forecasts suggest demand is expected to increase from 80x to 100x by the end of 2030. That provides an enormous market for both EV manufacturers and power solution providers. And there’s EV behemoth Tesla, whose CEO Elon Musk notes that the market needs 10TWh battery capacity for electric vehicles and an additional 10TWh for energy storage by 2030.

That’s quite a lot. For anyone doing the math, these numbers suggest global battery production for electric transportation alone would need to grow 100x from current levels.

Impressive partnerships … but light on revenues

Now for the bad news. Like many companies in the EV components space, RMO’s revenues aren’t much to brag about right now. While the company claims over $500 million in contracted revenue, lessons learned from the saga at Lordstown Motors (NASDAQ:RIDE) merit caution. To its credit, Romeo has announced partnerships with marquee names like auto-parts supplier BorgWarner (NYSE:BWA) and industrial group Republic Services (NYSE:RSG). RSG is exploring retrofitting electric garbage trucks with RMO’s battery technology. The trouble is, none of these relationships has translated into revenue.

Like many EV companies, Romeo’s growth projections also look like a hockey stick. They range from a modest $9 million last year to an estimated $1.65 billion by 2025. Sidenote: that’s a CAGR of 1,063% over the next 5 years. In theory, Romeo’s focus on commercial trucking would be ideal for target customers such as electric semi-truck makers Nikola (NASDAQ:NKLA), Workhorse (NASDAQ:WKHS) and Hyliion (NYSE:HYLN), among others. Unfortunately, none of these EV truck makers has gotten meaningful traction.

At around $7, RMO trades at a 30% discount to its $10 special-purpose acquisition company (SPAC) IPO price of $10. At 1x 2023 sales, RMO also trades at a deep discount to its EV peers, but it’s important to realize that sector valuations are very distorted right now. (Refer to EV characteristic No. 3).

Most players in the EV space still generate minimal or mostly negative EBITDA. They do so while trading at unjustifiable price-to-sales multiples. For example, ChargePoint (NYSE:CHPT), which offers EV charging station services, trades at a whopping 11x forward sales. (Side Note: CHPT is on my stocks to sell list; shares are down 18% since my sell recommendation, versus a 5% gain for the S&P 500 over the same period). Despite the seemingly discounted valuation, Romeo’s disappointing earnings results and legitimate concerns surrounding the company’s market potential are good reasons to stay on the sidelines for now.

I’d consider getting more constructive on the name (as a long-term turnaround story) on a further pullback.

Reader Question of the Week: Lidar: What’s the tea?

“I keep seeing lidar companies claim they are the smallest and cheapest and have the best specs. But why is no one talking about Microvision’s (NASDAQ:MVIS) A-sample Lidar that is currently being tested? Their solid state Lidar is supposed to be best in class and based off of their pioneered MEMS based technology. What do you think?”

Indeed, Microvision (NASDAQ:MVIS) is red-hot again, with the stock up 163% year-to-date. I’ll admit, having been a long-time follower (and on-again, off again shareholder), it has been a bumpy ride. Since I last wrote about Microvision in April, the company has completed its long-range Lidar sensor A-sample hardware. Sumit Sharma, CEO of Microvision, has indicated that the company is potentially up for sale. And with a $20-$23 million burn rate eating away at cash, it’s hard to tell if Microvision has enough dough in the bank to get its A-sample into full production mode. The company will also need to find a legitimate strategic partner. That said, it’s definitely worth a re-visit in order to get more insight on what’s going on here.

Your comments and feedback are always welcome. Let’s continue the discussion. Email me at jmakris@investorplace.com.

On the date of publication, Joanna Makris did not have (either directly or indirectly) any positions in the securities mentioned in this article. The opinions expressed in this article are those of the writer, subject to the InvestorPlace.com Publishing Guidelines.

Joanna Makris is a Market Analyst at InvestorPlace.com. A strategic thinker and fundamental public equity investor, Joanna leverages over 20 years of experience on Wall Street covering various segments of the Technology, Media, and Telecom sectors at several global investment banks, including Mizuho Securities and Canaccord Genuity.

Click here to track her top trades of the week, where she sheds light on market psychology and momentum, while leveraging her deep knowledge of fundamental analysis to deliver event-driven trading strategies.